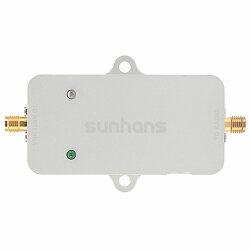 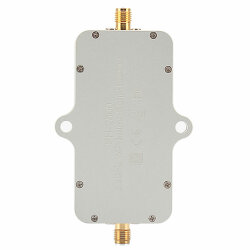 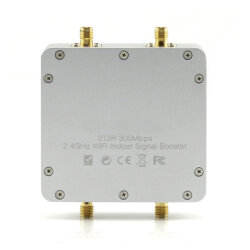 If you have problems with the range or the range of your WiFi network, you simply do not have to accept this. Because of the high data traffic, especially in sub-optimal environmental conditions rarely the actual range of the signal can be achieved. Depending on the claim and the existing problem, different solution options are available.

What are WiFi amplifiers?
WiFi amplifiers, also often called WiFi Boosters, are often called in the same breath as WiFi Repeaters and basically fulfill a similar purpose: They should provide a stable connection to the router and also reliably connect more distant areas in the house to the Internet. While WiFi repeaters, as the name implies, pick up the existing signal from the router, re-send it and are therefore placed in the middle between the router and the terminal, WiFi amplifiers or WiFi boosters are interposed either at the router or at the end device. They are called either TX booster (Transmit Extender, on the router) or RX booster (Receive Extender, on the receiving terminal). A TX booster amplifies the outgoing signal and thus de facto generates a higher range. However, it should be remembered that there are statutory requirements for the transmission power of an antenna, which must never be exceeded. One must therefore not only assume the possible transmit power of the WiFi amplifier, but must move with the combination of both components within the legal framework. So if you already have a strong-transmitting antenna, you will not be able to achieve a range gain with a TX booster without having to circumvent the regulations. In such a case, then offer the so-called RX booster. They are intended to increase the reception sensitivity of the terminal and thus ensure that the incoming signal is better received. In addition, the RX booster, whose technology is far more complex, also attenuates the noise of the signal, which is increasingly strong with longer transmission paths and interferes with the signal disturbing. With the WiFi amplifiers one has to make sure that they are active components, ie they need a power source. This is usually given over the antenna cable. In addition, it is not possible for all routers and receiving antennas to interpose a WiFi amplifier. This concerns above all the low price sector. Information regarding this can either be supplied by the manufacturer or you can inform yourself without any obligation to our customer service - we will gladly answer all your questions about the WiFi Repeater!

WiFi Repeater vs. WiFi amplifier
Basically, both devices are used for the expansion and above all for the construction of a signal-stable WiFi network. Depending on the environmental conditions and the desired range as well as the technical requirements of the existing devices, the question as to which one is better served now can not be answered on a flat-rate basis. The big difference is that a WiFi repeater transmits the existing signal with the same strength, but the data transmission is halved because the repeater can not transmit and receive at the same time. This problem does not arise with the WiFi amplifier, since it is directly interposed at the router or the terminal. Bidirectional devices can increase both transmit and receive sensitivity. In terms of price, WiFi amplifiers are somewhat above the WiFi repeaters and are only suitable for devices with certain requirements (for example removable antenna). Basically, however, they provide within the legal guidelines, a good improvement in signal strength and range. Alternatively, it is possible to use a powerline to overcome other routes within a building. This uses the power grid and is thus not tied to the overcoming of walls and other disruptive factors, but requires a closed circuit and should be properly secured, especially in apartment buildings.

Is Ethernet an alternative to signal interference?
Basically, a wired network offers many advantages: The connection is extremely stable and, above all, almost perfectly secured with the right cables, even over long distances. At the same time, ethernet networking allows the transmission of large volumes of data at high speed, which is why the system is still the preferred choice for companies or public authorities and even gamers. But ethernet also has a major drawback: On the one hand, many modern and, above all, mobile devices such as smartphones and tablets can no longer easily be integrated into a wired network and are not designed for their use. At the same time, the excessive laying of long cables through the whole house is usually not an attractive option, especially in private households.