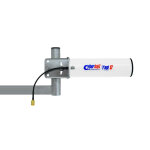 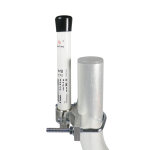 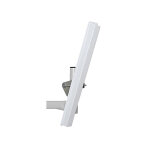 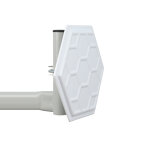 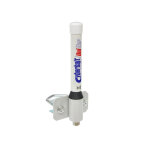 Sector Antennas: The signal opening angle of a sector... 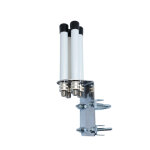 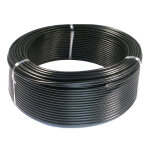 A connection cable is required to connect a WiFi antenna to... 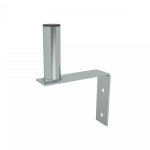 We offer diffferet systems of mounting hardware for our WiFi...

The connection of various devices via WiFi has become standard, hardly anyone wants to deal with annoying cable mess. However, in order to build and maintain a stable WiFi connection, several factors must be considered. Especially in confined spaces, there are many confounding factors that can severely limit the range of about 100 meters that standard routers promise. The radio signal is mainly disturbed by obstacles such as furniture and walls and thus reduced. Metallic objects redirect the signal, so that it may not arrive at all or only greatly attenuated at the device. Although an optimal point of view of the router can increase signal strength and transmission security, bridging larger areas often can not avoid using external resources.

When is a WiFi antenna worthwhile?
Whenever you want to increase the range of the WiFi network or amplify the signal in a certain direction, you can use a WiFi antenna. Most routers are factory-equipped with an antenna and can then be upgraded with higher-quality WiFi antennas to improve range or signal strength or to align accurately. High-quality antennas can be connected to the router via a cable and thus positioned precisely. However, the cable should not be too long, because it reduces the signal strength again. Basically, there are three different types of WiFi antennas: directional antennas, omnidirectional antennas, and sector antennas. By default, most networks are 2.4GHz frequency bands, and for special networks, 5GHz can be used. The antenna must always be adjusted to the frequency band used.