ALFA R36A is a All-in-One solution with integrated DSL Router, 4G Router, WiFi Range Extender and WiFi Accesspoint in one device. Its a real allround device having various functions.

You can simply configure ALFA R36A through its Ethernet-Interface as DSL router. With its integrated WiFi access point you can provide a WiFi network to several clients (notebook, PC, smartphone, tablet...).

By connecting a 4G USB dongle to the USB interface of the ALFA R36A you can turn this device into a reliable 4G/LTE router which builds up a constant 4G connection and shares it to the by wifi or ethernet connected devices.

This is a real nice feature of ALFA R36A! By connecting a high gain WiFi USB adapter to the USB interface of the R36A, you can turn this device into a Wireless Range Extender. It connects through the attached WiFi USB adapter to a chosen, external wifi network and shares it to the by ethernet or wifi connected devices. This is a real good option for example if you are on a camping site or on a boat and you want to connect to a hotspot which is a little bit more far away with several devices.

Of course you can also use the ALFA R36A as simple access point, connecting several devices to each other.

The ALFA R36A also has a detachable RP-SMA WiFi antenna which can be replaced by another, WiFi antenna.

Beacuse of its compact design, the R36A can be perfectly used for mobile aplliances. Its power consumption of 12V allows you to use it on boats, yachts, caravans.

The user friendly webinterface of the R36A allows a comfortable configuration of the device.

Example of use as 4G Router: 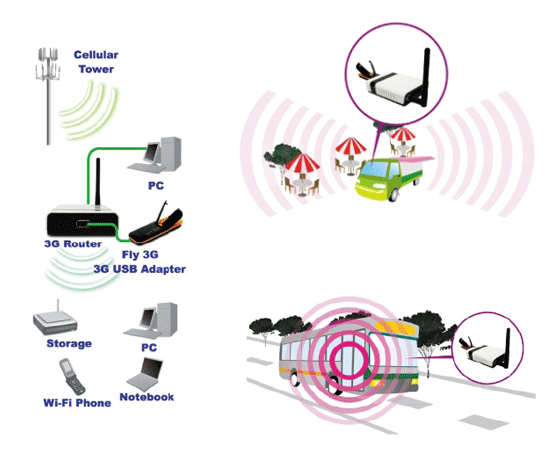 Example of use as WiFi Range Extender in combination wirh a ALFA AWUS036H WiFi USB Adapter: 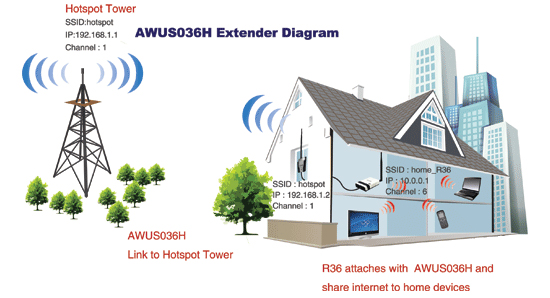