Although the 3G and 4G network coverage increased in the last years, there is often the situation where the 3G/4G coverage is quite bad and you have a real weak connection, a slow bandwith or your 3G/4G connection interrupts.

If you have any question please do not hesitate to contact our team. 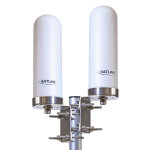 By using an 4G antenna (whether indoor or outdoor 4F...

Using a high gain 3G antenna will improve the signal... 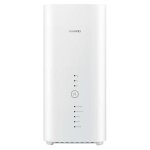 A 4G or 5G router offers you the possibility to share a data... 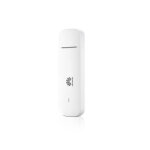 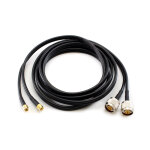 For the connection between an 4G antenna and an 4G device... 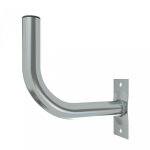 For a safe and secure installation of our 4G, 3G and GSM... 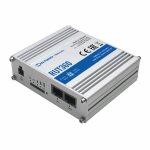 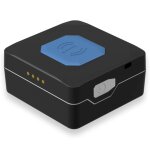 The Internet of Things (IoT) is an important topic in the world...

Even if a traditional DSL or VDSL wired connection is used by default to connect to the Internet, especially at home and in the office, it is often not available on the go or in areas with poor network coverage, especially in rural areas. Mobile networks like 4G or 3G not only allow to establish a secure Internet connection on the road, but also surf with highway speed in rural areas. Different tools can improve a stable and secure connection, providing a true alternative to DSL.

4G / LTE
4G is the 4th generation mobile data standard. 4G is the most up-to-date mobile standard for mobile data communication and allows particularly fast surfing and a high data transmission rate. 4G is the successor of 3G and is used in rural areas as a replacement for DSL. 4G is currently the fastest standard. In the coming years, the new standard 5G will prevail.

3G / UMTS
3G is the third-generation mobile standard and is provided by default by major network operators for mobile Internet access. Extensions such as HSDPA enable fast data transfers and carefree mobile surfing with only a few signal disturbances. A high performance 3G antennaa can improve signal strength and speed of your 3G data connection.

4G Antenna
If you use an 4G connection as your Internet access, you can use a high-performance 4G antenna to generate not only higher signal strength but also better data transfer rates. A stable signal via 4G is easily possible with an 4G antenna. Since 4G in europe is transmitted not only by a default frequency band, but on three diffeerent frequency bands (800 MHz, 1800 MHz and 2600 MHz) depending on the area and provider, you should inform yourself before buying an 4G antenna, which of the three frequency bands is used. Alternatively, there are so-called multiband 4G antennas. These usually have a slightly lower power gain but cover all frequency bands. The power and thus the range potential of the 4G antenna is given by the dBi number. The higher this is, the higher the range.

3G Antenna
Who uses the Internet via 3G and has a slow connection, is quickly annoyed. This is where a 3G antenna can remedy, which both improves and stabilizes the signal, ensuring a secure and fast Internet connection. Thus, higher transmission rates are possible. Depending on the requirements, a 3G directional antenna or a 3G omnidirectional antenna can be used. The directional antenna offers the advantage of a higher range when aligned directly on the appropriate transmission towers. Especially for a stationary Internet access, for example, via a PC, it is therefore particularly suitable. For mobile use, however, omnidirectional antennas are usually the better alternative, especially if it is an environment with many obstacles and disruptive factors, because the signal is more flexible and not bundled so strong. However, it is not possible to achieve such high ranges as with directional antennas. To attach the 3G antenna to the 3G router or stick an antenna cable and in some cases an adapter for the plug is needed.

4G USB Stick
With an 4G USB stick you can quickly and easily establish an Internet connection via 4G everywhere. Therefore, Surf Sticks are especially suitable for mobile use, but can also be used stationary to dispense with DSL. Our surf sticks usually have an external antenna connector, so that in case of doubt a more powerful 4G antenna can be used. Our 4G sticks have neither SIM and / or NETLOCK. Thus, the Internet connection can be used without any problems regardless of provider.

4G Router
Just like the DSL router, the 4G router also provides an Internet connection for multiple devices, which can be provided either with or without cable. The Internet access is via an 4G connection and not via DSL, which can be an advantage, especially in rural areas, since the mobile networks are often comparatively more stable and better developed.

Antenna cable and adapter
Since most manufacturers provide different connections to their cables and / or devices, there is often a great deal of confusion about which one is the right one. If in doubt, we are happy to help.

It does not matter if you want to connect to the internet with 4G, 3G or DSL and no matter what the reasons are. We have the right equipment for all incidents for a stable, fast and powerful internet connection. If you have any questions, we are happy to assist and advise you in detail regarding all our products!